225 years ago, a few folk in Paris stormed a prison where the King could hold anyone he wished without any due process. They dismantled the building and ushered in a ghastly, bloody civil war.

The Statue of Liberty is today one reminder of those ideals, shared with the United States.

France is now on its 5th incarnation as a republic. I was born in one of its colonies, far enough to be able to see it critically.

In the last years, I've travelled a lot. I thought of my uncle who fought in "Indochine" while I was in a café in Saigon. I observed a father caring for his daughter and wondered how our countries ever got to war. How we ever justified killing a man like him, or how anyone in my country thought it right and proper to rule over him because of our skin's pigmentation.

In Thailand, a Victory Monument that neither French or Thai could explain: a war so futile neither wants to teach its young.

I won't burn a French flag (or my French passport), nor will I only celebrate the country for its croissants. I know a lot of French people, and many of them are pretty awesome. I also owe a great debt to its writers and philosophers. Pasteur, too.

However I can't go waving my flag. Atavistic identity displays terrify me. Nationalistic fervour was an essential element that allowed my uncle to go to war.
So, happy day, France. You're messed up and beautiful. 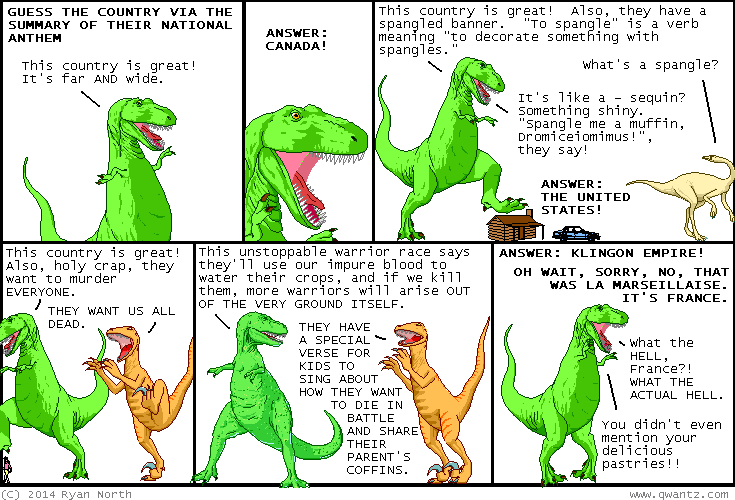